Saturday will be International Workers Memorial Day.  This is when we remember the dead and fight for the living.  I want to take a moment to remember Elaine McNeill.  I didn’t know Elaine, but I know a lot of people like Elaine.  People who will go that extra mile, and more, to support disabled people to do the things others take for granted.  Elaine died on her way to work in the snow.  Despite the freezing conditions, Elaine tread through ice and snow to reach the people who relied on her for care and support.


I saw the news on Facebook.  I was in the middle of trying to find a way for my own Personal Assistant (carer) to get back to her family, safely.  You see, for some people, not getting to work is the difference between life and death.  My husband and I rely on our PAs to provide round the clock support and that day was no different.  However, it should have been.  Personal Assistants, like Elaine, are overworked, underpaid, undervalued and under-appreciated.  Now, I’m not saying that more money, less work and more appreciation would have changed what happened that day, no one could know that for sure.  But what I am saying is that in some ways it was unsurprising, and is a dire testimony to the savage cuts to local services.

Perhaps if salaries were better, there could have been different travel options for Elaine that day.  Or if we valued social care work like we value other work maybe more people would be recruited into it and there would be more people, who might not have to travel so far, to provide care.  Or, what if we spread the service less thinly?  Losing one 15 minute visit is pretty catastrophic when you only have 4 of them throughout the day to help you eat, go to the toilet, get clean and go to bed.  It’s even worse if that visit was the one in 12 hours that you get to swap your 12-hour incontinence pad.  This is the sad reality for so many disabled and older people in Scotland.  Social care funding is cut to the bone.  Users of it are being denied their human rights.

Elaine would have known this.  I suspect she, like so many like her, was a women committed to delivering the best support she could, against the odds.  As a disabled person who lives and breathes this reality, I can tell you categorically that, coupled with the harsh reality of the abuse of our own human rights, the exploitation of the care workforce bears heavy.  And I know the same true the other way around.  When the human rights of my husband and I are at risk, our PAs feel the injustice and the fear – for our future and their jobs – too.

Our fight is the same fight.  We want – no, we need – a social care system that protects and fulfils the human rights of the people who use it and the people who work in it.  One that is free at the point of need for the user and that pays the staff who deliver it, in a way that recognises their hard work and commitment.

‘Free at the point of use and a pay increase, that’s more money all round’ I hear the astute economists among you note.  Yes.  More money is needed in the system.  Enough already with the whole ‘let’s use the money differently’ crap.  The elastic in that particular nicker is snapped.  It’s time to create a National Care Service, designed to protect and promote human rights, publically funded, free at the point of delivery and with industry leading pay and conditions.  And by the way, this is not a spending agenda, it’s an investment agenda – 7 people are in work because my husband and I get social care.  Seven more people with money to spend.  In fact, if you count my husband and I too, that’s 9 more people working, and spending because of social care!  And I haven’t started on savings through the prevention of illness (physical and mental), social isolation or benefit costs.

So on Saturday, when we remember those who have lost their lives at work, through their dedication and struggle, let us remember Elaine, and fight for every other Elaine out there.


Pam Duncan-Glancy is a UNISON member standing to be Labour’s Candidate in Glasgow North. She tweets @glasgowpam. 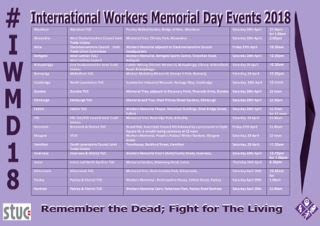 Why government needs to address the march of the robots

The robots are coming to take your job - or maybe not quite yet.

As the recent ScotGov/ STUC paper puts it, there are two schools of thought. Those who believe we stand on the cusp of widespread technological unemployment to those who believe the labour market will prove, as it has in the past, much more resilient. It may simply be my age, but I tend to fall into the latter category.

I can recall futurologists telling us that we would all have portfolio careers, yet in practice the amount of time we work for the same employer has actually increased. Yes, automation has resulted in fewer jobs in some sectors, but it has created new ones that we would never have thought of twenty years ago. 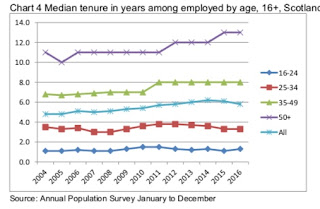 I was pleased to read that my ageing instinct is supported by Danish academic robotic experts who argue that there is still a long way to go before robots will be able to match a number of fundamental human skills. They give five reasons why robots aren’t about to take over the world. These include the abilities of the human hand and manipulation that robots are nowhere to replicating. Humans also have tactile perception through sensors in our magnificent skin. Finally, robots haven't got the human interaction and reasoning skills of humans.

So, robots are a reality today in industry and they will appear in public spaces in more complex shapes. But in the next two decades, robots will not be human-like, even if they might look like humans. Instead they will remain sophisticated machines. 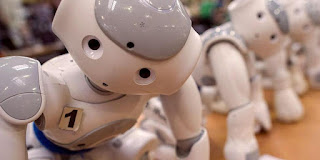 That doesn't mean that we shouldn't plan for the future. At the start of my career as a trade union official, we were busy negotiating 'new technology agreements'. They addressed the direct workforce implications of computerisation, but didn't always tackle the workforce planning and wider economic and social policy implications of automation.

As I said in Monday's Herald feature on the ARI report: "Proper planning and strategy is needed now, not further down the line. We should be anticipating where we are likely to see job losses and putting measures in place to ensure that we have a just transition to new types of jobs.  Industry will not do this, it's very hard to get companies to plan that far in advance, so government needs to step up to the plate."

The ARI report revealed the UK is lagging behind other countries when it comes to preparing for the changes - with education and training the main areas of concern. It lists the UK as number 8 in the world in preparing for the expected rise in robots. Education and training in schools and the workplace is a key concern. The report found that UK primary schools have not focused enough on developing critical thinking and problem solving skills.

That brings me back to the ScotGov/STUC report. It gives us a very balanced view of the evidence, without coming down on one side or the other. However, they highlight that researchers on both sides of the future of jobs debate share concerns over the potential distributional consequences of technological change. The OECD finds that; “low qualified workers are likely to bear the brunt of the adjustment costs... the likely challenge for the future lies in coping with rising inequality". There are also significant regional differences. For example, the OECD report says 33% of jobs in Slovakia are at risk, compared to only 6% in Norway.

The report points to labour market trends in Scotland, few of which have been driven by technology. The Scottish Government points to their labour market strategy and the Fair Work Convention. As well as their support for new industries and the planned Just Transition Commission.

These are all worthwhile initiatives, although they are often stronger on process than delivery. If we are to seriously address the challenges of automation it requires a radical industrial strategy coupled with much stronger Fair Work measures. We need to be more like Norway than Slovakia, otherwise automation will have significant job consequences and create an even more unequal society.
Posted by Dave Watson at 08:00 No comments: