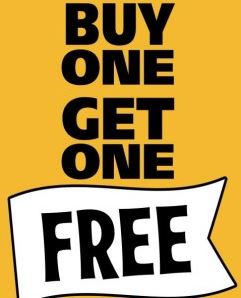 The National Audit Office are focused on the failed privatisation in the probation service while the Public Accounts Committee reports on Capita’s failings in recruitment for the British Army. Sadly the billions wasted on outsourcing and privatisation still doesn’t appear to dampen the enthusiasm, amongst its clearly ideologically driven supporters, for throwing public money away on these projects

The Ministry of Justice (MoJ) decided that the best way to reduce re-offending was to create 21 Community Rehabilitation Companies (CRC) to manage low to medium risk offenders. In 2015 the CRCs were then transferred to eight (mainly) private sector contractors. As ever with these schemes there were predictions of marvellous savings and £10.4b “net economic benefits to society“over the seven year contacts.

Four years in the contacts are ending 14 months early. The MoJ is paying £467m more than planned in the original contracts. This will mean costs of £2.3bn which while less than expected, (no point in throwing more money at failure) is money spent for little if any progress on improving the service.
While there was a 2.5% reduction in the proportion of “proven re-offenders” since 2011 there was a 22% increase in the number of proven offences per re-offender over the same period. There was an expectation that re-offending would reduce by 3.7% but only 6 of the 21 CRC achieved a statistically significant reduction. The Public Accounts Committee report is equally sorry reading. They state that
“the British Army naively launched into a 10 year partnership with Capita”. As is frequently the case with outsourcing Capita didn’t really understand just how complex a task they were taking on and their performance has been “abysmal since it started”.

The online recruitment system was four years late, and Capita have failed to meet the recruitment target every year. There is little evidence that the forecast savings (£267m over 10 years) will be achieved. The costs to the army have increased from £405m to £677m and plans to meet the savings targets involve redeploying soldiers to do the work Capita have been paid for.

It’s the same old story: glittery promises of savings, private companies thinking that the public sector is full of waste so that they can easily introduce slick new systems and then the slow realisation that it’s all a bit trickier than they thought followed by increased costs and failure. We really need to stop falling for the slick sales pitches and wasting money of these failed projects.
Posted by Kay S at 11:34 No comments: