Tackling the causes of poverty

The shocking news that a homeless person dies every three weeks in Edinburgh highlights the extreme consequences of poverty and neglect in our society. Millions more are struggling in poverty every day, not least because of rocketing housing costs that can lead to homelessness.

It has long been claimed by the current UK government that the solution to poverty is work. However, a record three-fifths of people living in poverty now come from a household with at least one person in work.

A Cardiff University study found that Britain’s in-work poverty figure has risen to its highest documented level. The risk of poverty for adults living in homes where at least one person is employed rose by more than a quarter over a 10-year period from 2004-5 to 2014-15. The researchers reported that rocketing housing costs were also hitting hard, with those in private-rented accommodation more at risk than owner-occupied households. Dr Rod Hick said:

“If policy does not do more to tackle rising housing costs directly, then it seems likely that these will eat up gains made elsewhere — for example, in terms of the planned increases in the minimum wage.”

One in six working Scots (around 440,000) are paid below the Scottish Living Wage, with wages and employment still lower than before the financial crash. A quarter of all children in Scotland are living in relative poverty (up four per cent in one year) and this will have long-term impacts on their health, well being and life chances.

The latest pay data shows that average pay across the UK is more than £800 below its 2008 peak. This means we are on course for the weakest decade of pay growth since the Napoleonic era. As the Resolution Foundation has highlighted, we cant put all the blame at the door of inflation. Nominal pay growth has also been slowing recently, falling in each of the last five months’ of data. Pay packets would be shrinking even if inflation was bang on the Bank of England's target of 2 per cent.

No where is that clearer than in the public sector where after years of pay restraint workers are struggling to make ends meet. Others are leaving our public services and we are not recruiting young staff. As a consequence the workforce is growing older as our recent research shows. That is why UNISON will be redoubling its campaigns to scrap the pay cap, here in Scotland and across the UK. 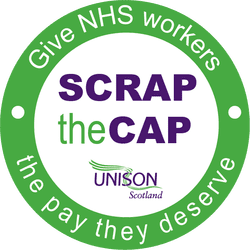 The Joseph Rowntree Foundation is today making the case that tackling poverty and inequality should be a priority in Scotland’s city deals. Chief executive Campbell Robb said:

“Scotland has enjoyed a strong economic record but too many people have not shared in its success – over a million people live in poverty, which is a cost and waste our economy and society cannot afford. Scotland needs inclusive growth now to create a stronger and fairer economy. We need growth but everyone needs to the benefit from it.”

While real wage growth is crucial, we also need to ensure that quality jobs are back on the policy agenda. Today’s Great Jobs Agenda initiative from the TUC it sets out what they want the government to do to ensure that every worker has a great job with fair pay, regular hours and the opportunity to progress.

We also need to remember that high quality public services play a key role in tackling poverty. The dodgy deal with the DUP may bring some relief from austerity in Northern Ireland, but we need to campaign to ensure that the Autumn Budget does the same for the rest of the UK.

The Scottish Government has announced the creation of a ‘Poverty and Inequality Commission’. There is a legitimate concern that this a way of pushing difficult issues into the long grass – largely more process like the Social Security and Child Poverty Bills.  So it is up to civil society to ensure that the commission provides an opportunity to build momentum behind the policies needed to reduce poverty and inequality in Scotland.

On Friday this week, the UWS-Oxfam Partnership Policy Forum will provide an opportunity to consider how this might be done.
Posted by Dave Watson at 16:47 No comments:

Email ThisBlogThis!Share to TwitterShare to FacebookShare to Pinterest
Labels: Poverty

The Scottish Government’s education reforms are an attempt to balance their centralising tendencies with local democracy and give headteachers’ greater responsibility for their schools, without excessive bureaucracy.

The document published yesterday is the Scottish Government’s response to the consultation on education governance. It sets out the next steps in their reform of education and schools in particular. While there will be some immediate actions over the summer, the details will be the subject of a further consultation before decisions are taken in the autumn. Legislation will follow early in 2018.

This is significantly later than planned and has already been criticised as a further delay. In fairness, there have been a few other things going on and complex reforms need to be properly considered and planned. The shambles of Police Scotland reminds us of the risks in making changes without proper planning. 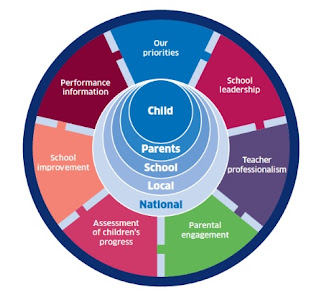 The main criticism of the original consultation was that it signaled further centralisation and the undermining of local democratic accountability. The seven new regional bodies are to be called Regional Improvement Collaboratives, using the Welsh model, and helpfully these don't involve taking over all local authority support services. While the paper is light on detail, it appears to focus on teaching collaboration, sharing best practice etc. Support services will remain with councils, although they will have a statutory duty to collaborate and pool resources.

The new Regional Directors will be appointed by the Scottish Government, enabling them to direct policy through a national framework. This gives a further indication that the Scottish Government has moved away from outright centralisation, towards what I have described in my recent Reid Foundation paper as a hybrid model. This uses quangos or other mechanisms to direct policy while leaving the administrative delivery to local government. COSLA has  expressed its concern over this dilution in the local authority role. A COSLA Spokesman said:

“There can be no getting away from the fact that the Scottish Government is trying to give the impression that Scotland’s councils still have a role to play in the delivery of education when the reality is that they do not; the simple truth is that there will be no meaningful local democratic accountability for education in Scotland.”

While most funding will remain within local authorities, there will be a national funding formula supporting a new statutory ‘Headteachers’ Charter’. It remains to be seen how much local flexibility will remain to address local circumstances.

There is a welcome recognition that there is a wider education team other than teachers. The paper states:

“We will recognise the contribution of the whole school workforce by working with them to introduce professional standards for these staff, including classroom assistants, to recognise the importance of the whole education team.”

Given the scale of job cuts to this group of staff any recognition is welcome, and the paper makes special mention of the need to support young people with additional support needs, something UNISON has highlighted. Other education staff that have learning roles or support teaching will be professionally registered with the new Education Workforce Council that will also take over the functions of the GTCS. UNISON will have a number of issues with this regarding fees, training, professional standards and how we can ensure that the roles of our members in education are not ignored in this wide ranging body.

The paper indicates that headteachers’ will select and manage staff in their school. The HR function will remain in local authorities, which wisely avoids a lot of bureaucracy, but we will need more detail on how this will work in practice. For example, what does this mean for grievance, disciplinary and other procedural agreements? Retaining national bargaining over terms and conditions is a helpful reassurance, although there is also local bargaining over the terms and conditions of the wider workforce.

The paper may also have implications for UNISON members in the Care Inspectorate, through the shared inspection model and the requirement on the SQA to strengthen its consultation and engagement processes.

The paper promotes greater parent, pupil and community engagement in schools, which is an important element of any education system. However, there is a risk that schools could be isolated in the new structures losing the whole system approach. As COSLA puts it:

“The Scottish system has worked tirelessly towards a co-ordinated approach – health, social work, the third sector and others rally around a child and provide them with the help both they and their family need.  Schools are only one facet of this.  If the Scottish Government continue down this path of isolating education, the whole system approach is lost and it is the most vulnerable and disadvantaged children in our society who will suffer as a result.”

The primary aim of these reforms is to close the attainment gap. Schools and early years provision clearly have an important role in this, but the solution involves action to tackle inequality in Scotland. Headteachers are not well placed to address this and it is unclear from the paper how this partnership approach will work in practice to avoid isolating schools.

Overall, the government has certainly listened to the consultation responses and attempted to create a something of a balance between their centralising instinct and local democracy. The paper sets out a high level response and a realistic timetable. The debate will be over how these proposals achieve the stated objective and how they will operate in practice.
Posted by Dave Watson at 11:03 No comments: